Returning a Local Grange to its Community
Votes

Returning a Local Grange to its Community

An experiment poised to breathe vibrancy to a historic complex. 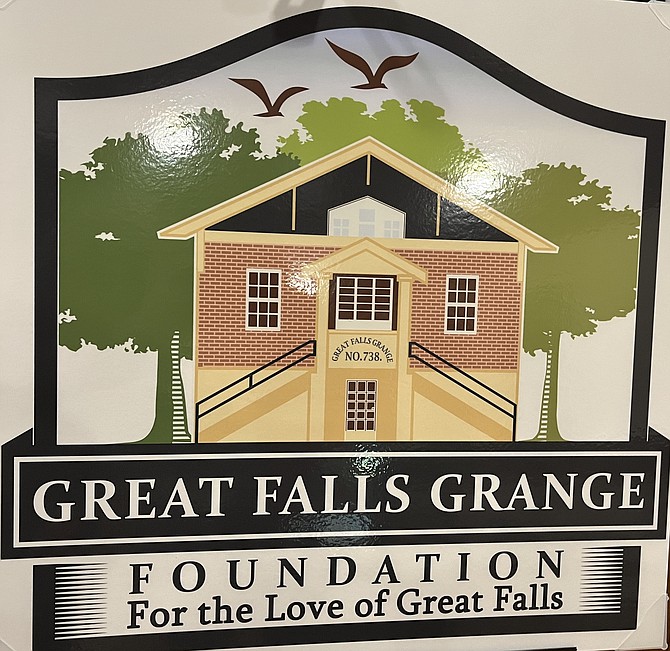 On Nov. 17, about 40 Great Falls locals gathered at the Fairfax County Park Authority-owned Great Falls Grange No. 738. No one present was a granger, even though the Grange was once the focal point of the farming hamlet of Forestville. As a social organization in the community until 1980, the Grange encouraged families to work together to promote the economic and political well-being of the community and agriculture.

Instead, the Great Falls locals of 2021 banded together to learn more about how through their combined efforts and the support of organizations and businesses, they might return management and marketing of the Great Falls Grange complex to the hands of a newly formed nonprofit and make it their own. 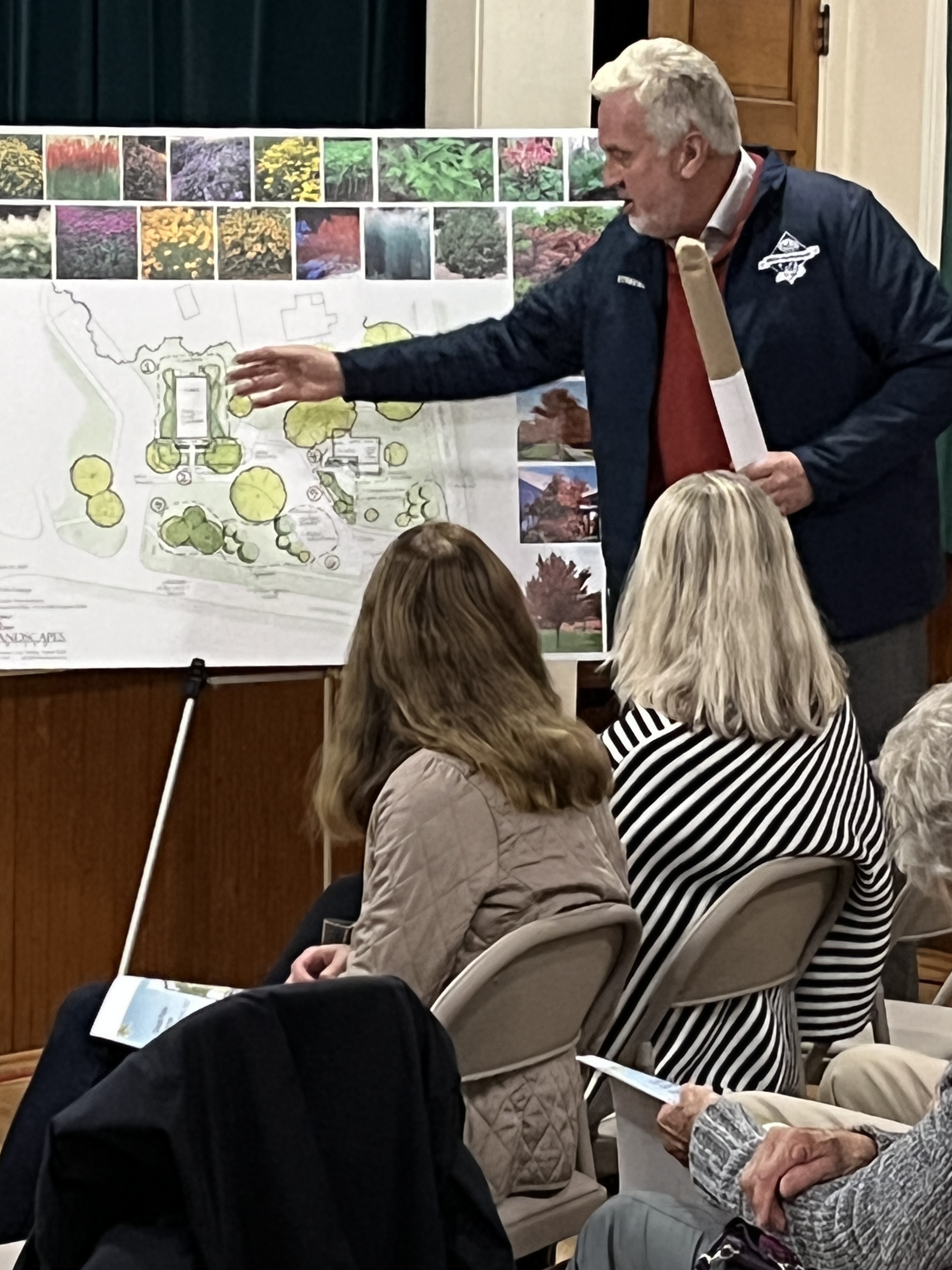 Charles Owens, owner of Fine Landscapes Limited, shares how a network of eight participating landscape contractors would step in and install native plants in various locations throughout the Great Falls Grange complex at no cost.

Gary Pan, a co-chair of the Great Falls Grange Foundation, Inc. recognized in 2019; Jorge Adler, principal officer of the nonprofit; Bill Canis, president of the Great Falls Citizens Association; and Charles Owen, owner of Fine Landscapes Limited, gave presentations. Pan began by introducing the Foundation's board members, who represented a myriad of local organizations. "I just wanted to give you a sense of the scope here," he said.

The Foundation intends to take back from the Fairfax County Park Authority the management and marketing of the Great Falls Grange Complex, leading to the Grange ultimately becoming once again a community gathering place through its rentals. Two resources named on the National Register of Historic Places are located in the complex at 9818 and 9812 Georgetown Pike, Route 193. They are the one-and-a-half-story 1929 Great Falls Grange Hall No. 738 by builder L. B. Morris; and the adjacent Forestville Schoolhouse, built on the site in 1889 as a one-room schoolhouse and expanded in 1911. Both are contributing structures added to the National Register of Historic Places in 2003 (VDHR # 29-441), together with a non-contributing picnic shelter. The complex also includes its grounds and a parking lot.

According to the National Register's Statement of Significance, the Grange Hall was a focal point for the entire farming community. Throughout much of the twentieth century, the Grange Hall hosted various events, including ice cream socials, dances, carnivals, voting, and lobbying. The National Register of Historic Places reported that the Grange sold the building and surrounding property to the Fairfax County Park Authority in 1980, "after long and heated debates over ownership and the ability to maintain the hall," as the building needed repairs. After the Park Authority acquired the complex and began operating it as a rental, it discovered it was underutilized and expensive to rent, needing maintenance repair and ADA accessibility upgrades.

For the much-needed Grange renovation project that included a wheelchair lift, Fairfax County Supervisor John Foust (D-Dranesville) assisted in securing $350,000 from county carry-over funds in 2013, and the Fairfax County Park Authority funded the balance, reported by the Connection Newspapers in 2015. These initiatives failed, though, to reverse the pattern of limited rentals that predated the  COVID-19 pandemic.

Pan said the first step toward reclaiming the Grange as a Great Falls community center was to enhance its aesthetics through an Adopt the Grange Commitment. "We're looking to you as the organizations to get on board with this."

The second step was to enter into an agreement with the Fairfax County Park Authority regarding grounds beautification.

Charles Owen described how multiple nurseries, a network of eight participating landscape contractors, would step in and install native plants in various locations. "That would go a long way towards helping them promote their businesses," he said. "But what we're trying to do is somewhat of an educational thing. ... This is more of a creative integration of perennial plants that will give that seasonal appeal... and it won't cost the community or the Foundation," Owen said.

Step three would be to complete negotiations on a licensing agreement with the Park Authority by the end of this year and go live at the start of the spring, Pan said, taking on additional responsibilities such as setting rental rates. With these actions and the community's support, the complex could become a sought-after destination venue for weddings, anniversaries, and parties. Rental revenue would cover annual operating and maintenance costs, enabling nonprofits, citizens, and community organizations to use the space for a minimal fee, and eventually for free. 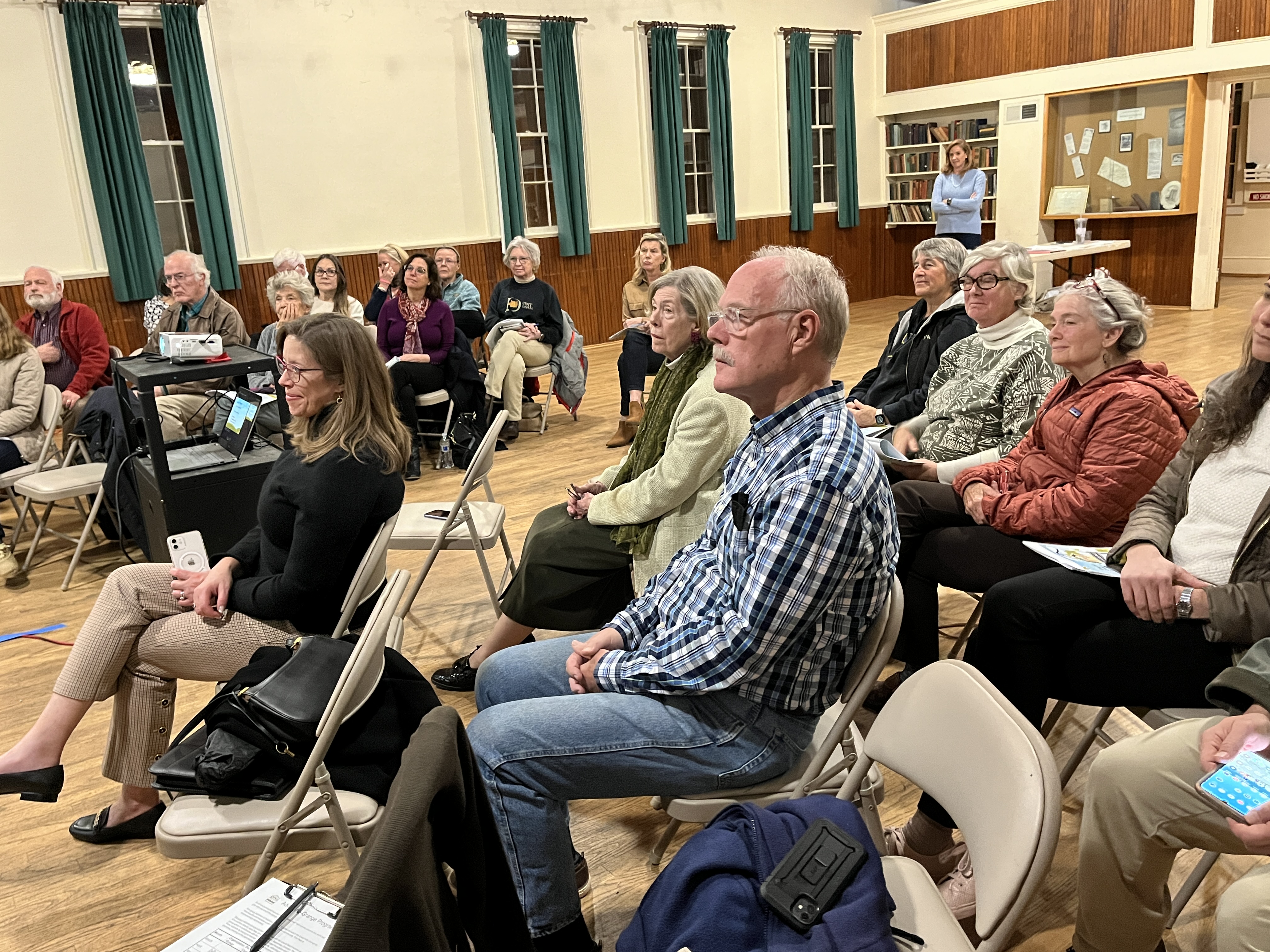 About 40 or so Great Falls locals gathered at the Fairfax County Park Authority-owned Great Falls Grange No. 738 on Nov. 17.

Jorge Adler said they would like to set a goal of $170,000 to cover the first year's expenses. If they could sign the licensing agreement with the Park Authority in January, it would be ideal to begin the fundraising in January, February, and March.

Pan warned that if the community did nothing and waited, the complex might end up like Dranesville Tavern. "Does anyone know what goes on there?" he asked. "All buses, school buses, are parked in the back lot. They [the county] use it for storage," he said. "There are a couple of other historical properties that they don't actually maintain. They are storing stuff. I wouldn't want to see that happen here."

Bill Canis closed by saying, "This can be a lot more than it is today. … I hope you will partner with us in making that happen."